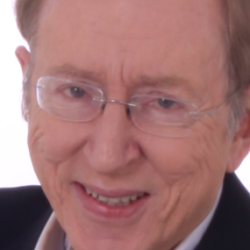 Steve Denning is the author of eight books, a contributor of more than 600 articles to Forbes.com since 2011 and a board member of Scrum Alliance.

Steve is the former Director of Knowledge Management at the World Bank. He works with organizations in the U.S., Europe, Asia and Australia on leadership, innovation, business narrative and radical management.

Steve is a member of the board of directors of Scrum Alliance, an association with 460,000 members with the mission of transforming the world of work.

In November 2000, Steve Denning was selected as one of the world’s ten Most Admired Knowledge Leaders (Teleos)

Steve’s most recent book, Leader’s Guide to Radical Management: Re-inventing the Workplace for the 21st Century (Jossey-Bass, 2010), was selected by 800-CEO-READ as one of the best five books on management in 2010.

Steve will publish a new book in 2016 on the emerging Creative Economy, its challenges and opportunities.

More background is available at: http://www.stevedenning.com/About/default.aspx