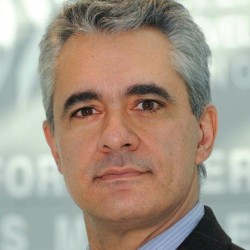 Stefano Scarpetta is Director for Employment, Labour and Social Affairs (DELSA) of the OECD, the highest ranked position for a labor economist. He heads a team of 130 staff members assistingpolicy advice to the governments of OECD member countries and other key economies. He has led several large-scale research projects, covering jobs and economic growth. He has worked at the World Bank as labour market advisor and lead economist, coordinating a Bank-wide research program of Employment and Development and contributed extensively to the Bank’s investment climate assessments. He has been head of the OECD Country Studies Division in charge of Japan, Korea, China, India, Mexico, Portugal, Denmark and Sweden. He was the editor of the OECD Employment Outlook. He has published extensively in academic journals, edited several books in the fields of: labour economics and industrial relations; economic growth; and industrial organisation. He is the co-director of the programme of work on Employment and Development at the Institute for the Studies of Labour (IZA, Bonn, Germany); Research Fellow of IZA; Member of the expert group on the minimum wage in France; Member of the Executive Board of the CAED (Comparative Analysis of Enterprise Data) network and member of the Scientific Committee of the DARES (French Ministry of Labour). Mr. Scarpetta holds a Ph.D. in Economics from the Ecole des Hautes Etudes en Science Sociales (EHESS).