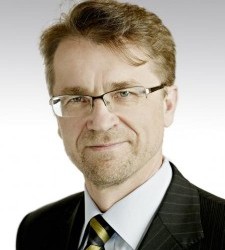 Mikko Kosonen has been the President of the Finnish innovation fund Sitra since 2008. He worked for Nokia between 1984 and 2007, his last two positions being Senior Vice President of Strategy and Business Infrastructure and Senior Advisor. Kosonen has served as a board member with a number of companies and institutions, including Itella Corporation, Kesko, Kuntien Tiera Oy, Telia-Sonera, Fifth Element Oy, Technology Academy Finland and the Foundation for Economic Education.

Kosonen completed his PhD in International Business at the Helsinki School of Economics in 1991. He was awarded Honorary Professorship of Budapest Business School in 2012. He has published several books and articles on strategic management, most recently Fast Strategy – How Strategic Agility will help you stay ahead of the game (2008) and New Deal at the Top– Harvard Business Review (2007), both with Professor Yves Doz.