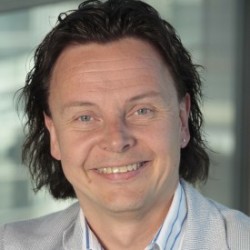 Dr. Henry Tirri is the former Executive Vice President and Chief Technology officer of Nokia reporting to CEO. In that role he was responsible for setting Nokia’s technology agenda, owned all forward-looking R&D and drove Nokia’s core innovation. He was part of the Nokia Leadership Team from September 2011 until September 2014. Henry began his Nokia career 2004 as a Research Fellow and led NRC Systems Research before being appointed as Senior Vice President and the Head of Nokia Research Center. He has extensive experience in running global research and development activities with sites in 18 countries from China to Bay area. His personal research interests span Artificial Intelligence, information theory, search technologies and Programmable world/Internet of Things.

Before joining Nokia, Henry was a tenured Professor of Computer Science, Head of the Graduate School and the Intelligent Systems Laboratory at the University of Helsinki, leading a world-class research group in probabilistic modeling. Prior to that, Henry held various academic positions including Visiting Scholar at the University of Texas at Austin; Research Scientist at Microelectronics and Computer Technology Corporation (MCC); Member of Technical Staff at AT&T Bell Laboratories; and Visiting Scientist at NASA AMES, where he contributed to the Mars Rover technology for the 2003 mission. Henry has been a Visiting Professor at Stanford University and most recently an Adjunct Professor of Civil Engineering at University of California at Berkeley. He is the author and co-author of numerous academic papers in various fields of computer science, social sciences and statistics and holds many patents. Henry holds a Ph.D. in Computer Science from the University of Helsinki, Finland and an Honorary Doctorate from University of Tampere, Finland. In 2011 he was awarded to become First Class Knight of the Order of White Rose of Finland for his contributions to the Finnish society, business and education.