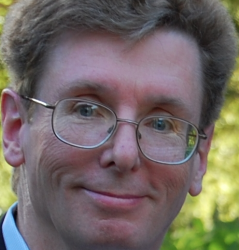 Curtis R. Carlson is the founder and CEO of the management consulting group, The Practice of Innovation. Curt was SRI’s President and CEO from 1998 to 2014. During his term, SRI’s revenue more than tripled and SRI became a global model for the systematic creation of high-value innovations, such as HDTV, Intuitive Surgical, Siri (now on the iPhone), and other world changing advances. Carlson is a pioneer in the development and use of innovation best practices and an evangelist for innovation, education, and economic development, sharing best practices with government agencies, businesses, and foundations around the world. His insights on R&D and value creation led to creation of the Five Disciplines of Innovation process, used by companies, universities, and government agencies in the United States, Sweden, Finland, Chile, Malaysia, Japan, Brazil, and Taiwan. They are applying these innovation practices for growth, prosperity, and job creation. Before joining SRI, Carlson worked for more than 20 years with RCA Laboratories, GE, and the Sarnoff Corporation, which became part of SRI in 1987. With partners, he has helped form more than two dozen new companies while at Sarnoff and SRI.

In 1977, Curt Carlson started and helped started the use of high-definition television (HDTV) program that became the U.S. standard and that won him an Emmy Award in 1997. Another team started by Carlson won an Emmy for satellite broadcast image quality in 2001. In 2006, Carlson won the Otto Schade Prize for Display Performance and Image Quality from the Society for Information Display with Roger Cohen. Carlson was named a Fellow of the National Academy of Inventors in 2012. Carlson has published or presented numerous technical publications and holds fundamental patents in the fields of image quality, image coding, and computer vision.

He served on President Obama’s National Advisory Council on Innovation and Entrepreneurship. He is a member of the Scientific Advisory Board of the Singapore National Research Foundation and Taiwan’s Scientific Advisory Board. In addition he serves on the U.S. National Science Foundation’s Engineering Advisory Council and has served on the Air Force Science Advisory Board, the Defense Science Board, various National Laboratory Review Panels, and the National Academy of Engineering Committee on Manufacturing, Design, and Innovation. He has been on numerous commercial boards, including Nuance Communications, Pyramid Vision Technologies, Sensar, and Sarif. He was a member of the General Motors’ Science and Technology Advisory Board.

With William Wilmot, Carlson wrote “Innovation: The Five Disciplines for Creating What Customers Want” published by Random House and selected by BusinessWeek as one of the top 10 business books for 2006. A new book will be published in 2015 and is called Creating Abundance Through Innovation Across Society. Carlson received his B.S. degree in physics from Worcester Polytechnic Institute (WPI) and was named in Who’s Who Among Students. He is a member of Tau Beta Pi and Skull. Carlson received Worcester Polytechnic Institute’s Robert H. Goddard Alumni Award in 2002. His M.S. and Ph.D. degrees were from Rutgers University. Carlson has received honorary degrees from the Malaysian Technical University (MTU), Stevens Institute of Technology, Kettering University, and Worcester Polytechnic Institute, where he is a trustee. He is a member of the Institute of Electrical and Electronics Engineers (IEEE). He plays the violin professionally in the R.I. Philharmonic Orchestra since 15.